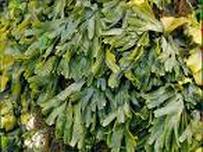 
A fisherman was out with his drag-net on the lake at the dark of the night.  As the moon rose, he moved his boat into the shadows.  His net grew heavy, and he had trouble to pull it in.  When the full moon shone out he saw that he had caught an Asrai.  It was a wonderfully beautiful, gentle creature to look at.  He had heard old people say these fairies only came up from their cool, deep homes below the water once in a hundred years, to look at the moon, and to grow.  As this one seemed about the size of a twelve year maid, the man could not guess how very old it must be.

He spoke to it, for it did not make him afraid, and it seemed to beg him to let it go, but its speech only sounded to him like the ripples among the lake-side sedges.  The fisherman had half a mind to set it free, but he wanted to show it to his children, and then he began to think how the rich folk in the castle might like to show it in their fish-ponds, and would pay him well.  So he hardened his heart, and began the long row homewards.

The Asrai got one arm out of the net, and pointed again and again to the waning moon, and then laid a hand on his arm - "like cool foam, the touch was," he said later.  But it seemed that his human warmth hurt it, for it shrank away from him, and huddled down in the bottom of the boat, covering itself with its long green hair.  He was afraid the light of day might be too strong for it, and covered it with wet rushes.  The lake was long, and the sun had risen by the time he got to his own creek.

He drew the boat ashore, and lifted the rushes away from where the Asrai had lain.  His net was empty, and a damp patch was all there was left of it.  But the arm that it touched was icy cold all the rest of his life, and nothing would warm it.